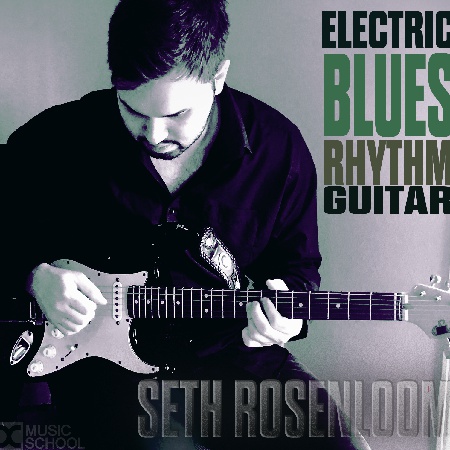 An introductory lesson in electric blues rhythm guitar featuring Seth Rosenbloom. At DC Music School, we approach musical genres as a culture with a history rather than placing an emphasis on an academic approach. We explain the genre from the point of view of idiomatic conventions. Read full description…

An introductory lesson in electric blues rhythm guitar featuring Seth Rosenbloom. At DC Music School, we approach musical genres as a culture with a history rather than placing an emphasis on an academic approach. We explain the genre from the point of view of idiomatic conventions.

“For me, playing the blues is all about expressing emotions,” guitarist and vocalist Seth Rosenbloom insists. “What’s always drawn me to the genre is the fact that it allows for an extraordinarily wide range of emotion. That, I think, is the key to making great music overall, and great blues in particular.”

Rosenbloom knows of what he speaks. Hailed by The Boston Globe as “a searing blues-rock guitarist,” and The Noise Boston as a musician who “makes his guitar growl and has a voice to match,” he’s been compared to “a slightly younger and rawer version of Matt Schofield ,” by the Blues PowR blog, which also praised him for “his gravelly, forceful vocals and stinging guitar work.”

Born into a musical family and raised in Waltham, Massachusetts, he began playing classical violin as a child and subsequently took up guitar at age eleven. Initially inspired by the music of Elvis and The Beatles, he earned a performance merit scholarship from Berklee College of Music by the time he was 16.

After spending a few years as an active sideman and in demand clinician, Rosenbloom stepped into the spotlight with the release of his self-titled EP in September 2017. He supported the recording with a string of tour dates up and down the East Coast, demonstrating at each stop his clear commitment to his craft and his ability to enthrall his audiences with his verve and versatility.


IMPORTANT: Please note that these are streamed videos. Downloads, if any, will be found under the DOWNLOADS section. When access is purchased, you will have permanent access to this lesson, and all updates/corrections (if any) will be free of charge!