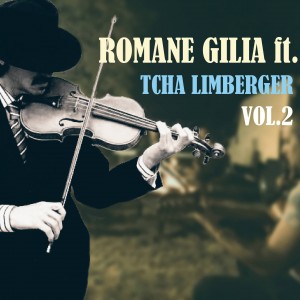 -Intermediate/advanced knowledge of Gypsy Jazz concepts (technique, accompaniment and improvisation)
-Backing tracks are for: bass players, violinists, and guitarists (or all instruments)
About Romane Gilia:

Romane Gilia in Sinti Romani means Gypsy songs. Romani is the language of the Gypsies. The dialect in these songs is the dialect spoken by the Sinti, also known as Manouche. The Sinti mainly live in western Europe in countries such as Germany, France, Holland, Belgium, northern Italy. The legendary jazz guitarist Django Reinhardt was a Sinto. At the height of his popularity, and following his death, he inspired many within his community to pursue a similar musical path. These Sinti then gave birth to what is now called Gypsy Jazz or Jazz Manouche; a broad and even ambiguous term to describe what has become somewhat of a folkloric style.

The songs presented in this collection are rarely heard outside of the Manouche community. These songs are often melodies inspired by various folk styles of music played by Gypsies across Europe, but adapted within the context of Django Reinhardt's style. These songs exemplify the Gypsy aspect of Gypsy Jazz.

The Sinti dialect of Romani has no standardized spelling system, and, as such, each song will be spelled differently according to what one hears and according to the rules of each host country's spelling system; the French may write Fouli Tchaï; whereas the Dutch may write Voeli Tschaj, etc. Furthermore, since the language is strictly passed on orally, many variations of the dialect exist. Tcha Limberger, a Belgian Sinto, speaks the dialect of many Belgian Sinti. Last but not least, the issue of language is extremely sensitive in the Sinti community; many do not want outsiders to understand their language. As respect to the Sinti community, we have chosen not to provide the lyrics and translations to these songs.

Tcha Limberger was born in a ‘Manouche’ family with a long-standing musical tradition (his grandfather was the legendary Piotto Limberger). Both his father Vivi, singer and guitar player, and his Flemish mother raised him to understand and appreciate their respective cultures. As a child, Tcha was determined to become a flamenco singer. At age twelve, he started playing the clarinet, joining the family orchestra ‘The Piotto’s’. Meanwhile, he studied the flamenco guitar, but because of a lack of good teachers, he switched to Django-style guitar playing, learning from masters such as Fapy Lafertin and Koen De Cauter. At that time, he worked with ‘Het Muziek Lod’, where he met Dick Vanderharst, who introduced him to contemporary classical music and modern jazz. Tcha’s good friend and colleague, Herman Schamp, exposed him even more deeply to classical music and composing. When Tcha was seventeen, he started studying the violin, inspired by stories on his grand-father and recordings of Toki Horvath. By the time he was twenty-one, he left Belgium for Budapest, where he took classical and tzigane classes from Horvath Bela.